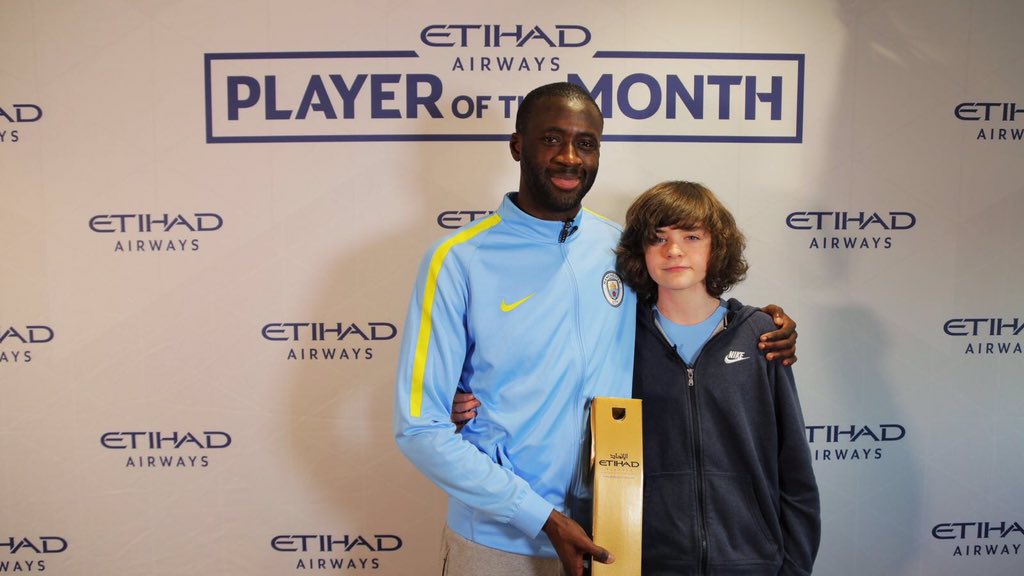 Yaya Toure has been chosen as Manchester City’s player of the month for December 2016.

The winner of the award is decided by the fans, who had a December shortlist comprised of David Silva, Fernando and Yaya himself.

Yaya featured in all six of the Citizens’ Premier League games in December and the 2-0 win over Watford on the 14th saw Yaya notch his 200th Premier League game for the club. He also scored the first goal in his team’s 3-0 Boxing Day victory over Hull.

The conversion against Hull was Yaya’s tenth Premier League penalty and now means that he has the best spot kick success record – 100% – in Premier League history of players with more than ten attempts to their name.

Yaya posted on Twitter to thank the fans who voted for him, saying:

“Thanks to everyone that voted. Very nice to get this award. #ComeOnCity