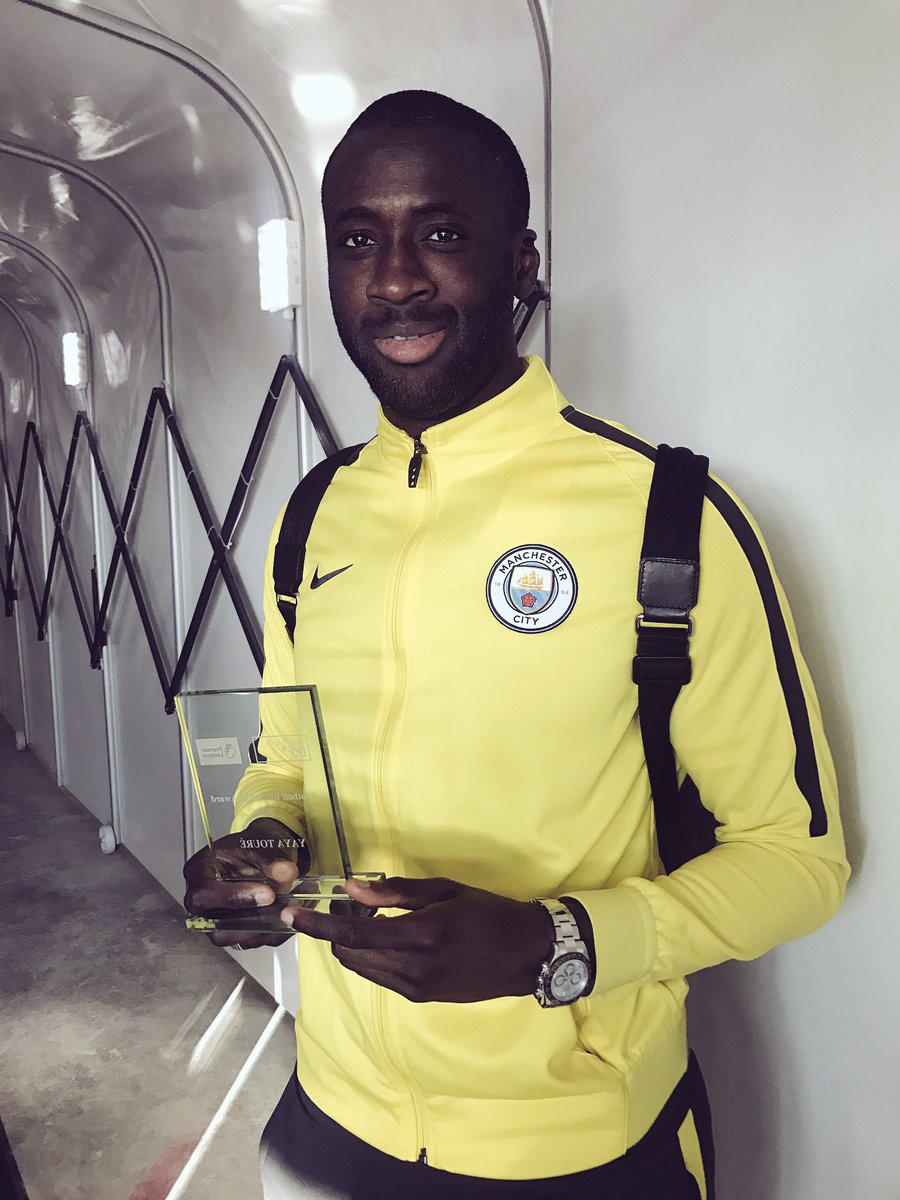 Yaya has received a Football Black List award for his work off the pitch and took to Twitter to show his gratitude for being recognised.

The Football Black list, supported by the Premier League, celebrates the efforts of the black community across the breadth of the industry and features categories such as Administration, Community & Grassroots and players’ Off-the-Pitch endeavours. 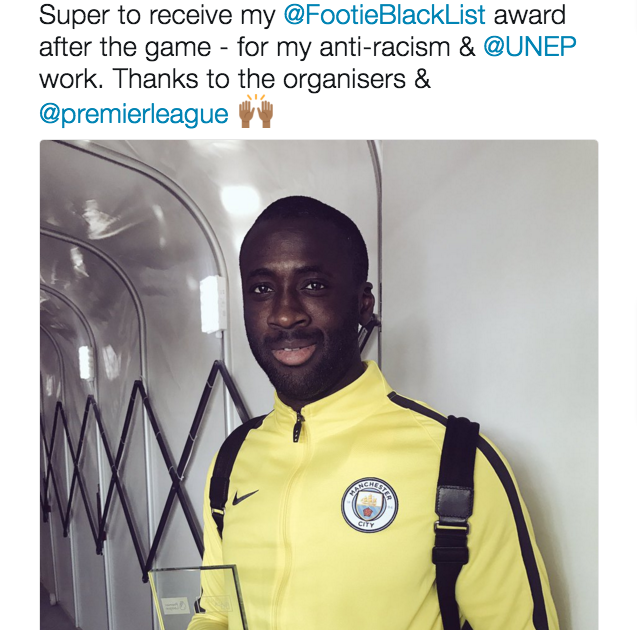 Yaya has been celebrated by the list for his continuing efforts against racism in football – urging FIFA to crackdown on racism prior to the 2018 World Cup – for being an ambassador for FARE (Football Against Racism in Europe) and for his active role as a UN Goodwill Ambassador in the movement against poaching.

His fans have congratulated him on receiving the award across Twitter and Facebook, with many leaving wonderful messages of support from across the globe.