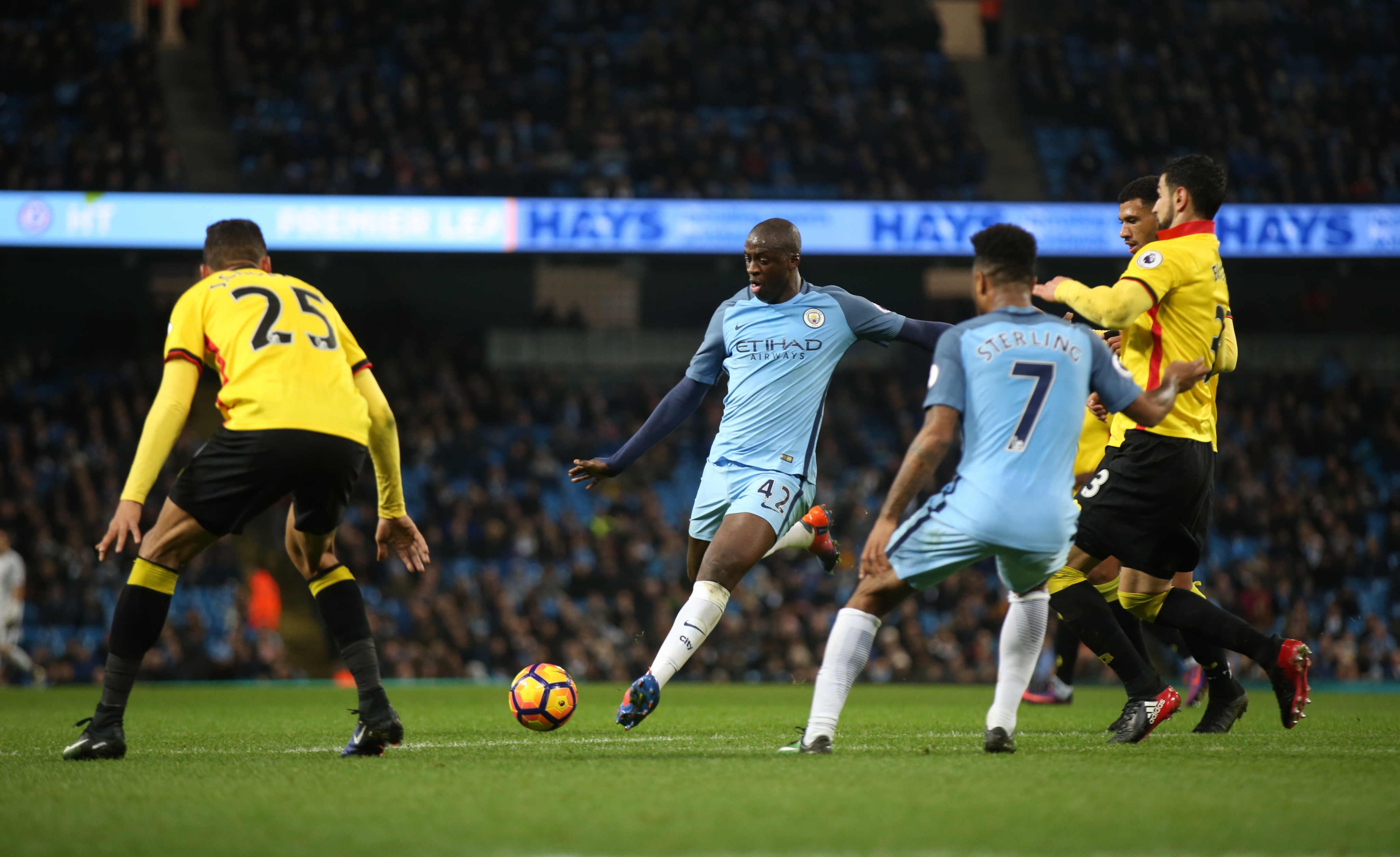 Yaya Toure played his 200th Premier League game for Manchester City in the club’s 2-0 win over Watford at the Etihad on Wednesday.

The Ivorian made his Premier League debut in 2010 and has since scored 77 goals and played 274 games for City in all competitions. In that time he has won the Premier League twice, the League Cup twice, the FA Cup and has been included in the PFA team of the year in 2012 and 2014. Yaya has also helped the club reach the semi-finals of the UEFA Champions League.

Before the game, only four other players had reached the 200 mark for Manchester City, which means Yaya’s milestone puts him in elite company for the Citizens.