Yaya Man of the Match in Victory over Hull City 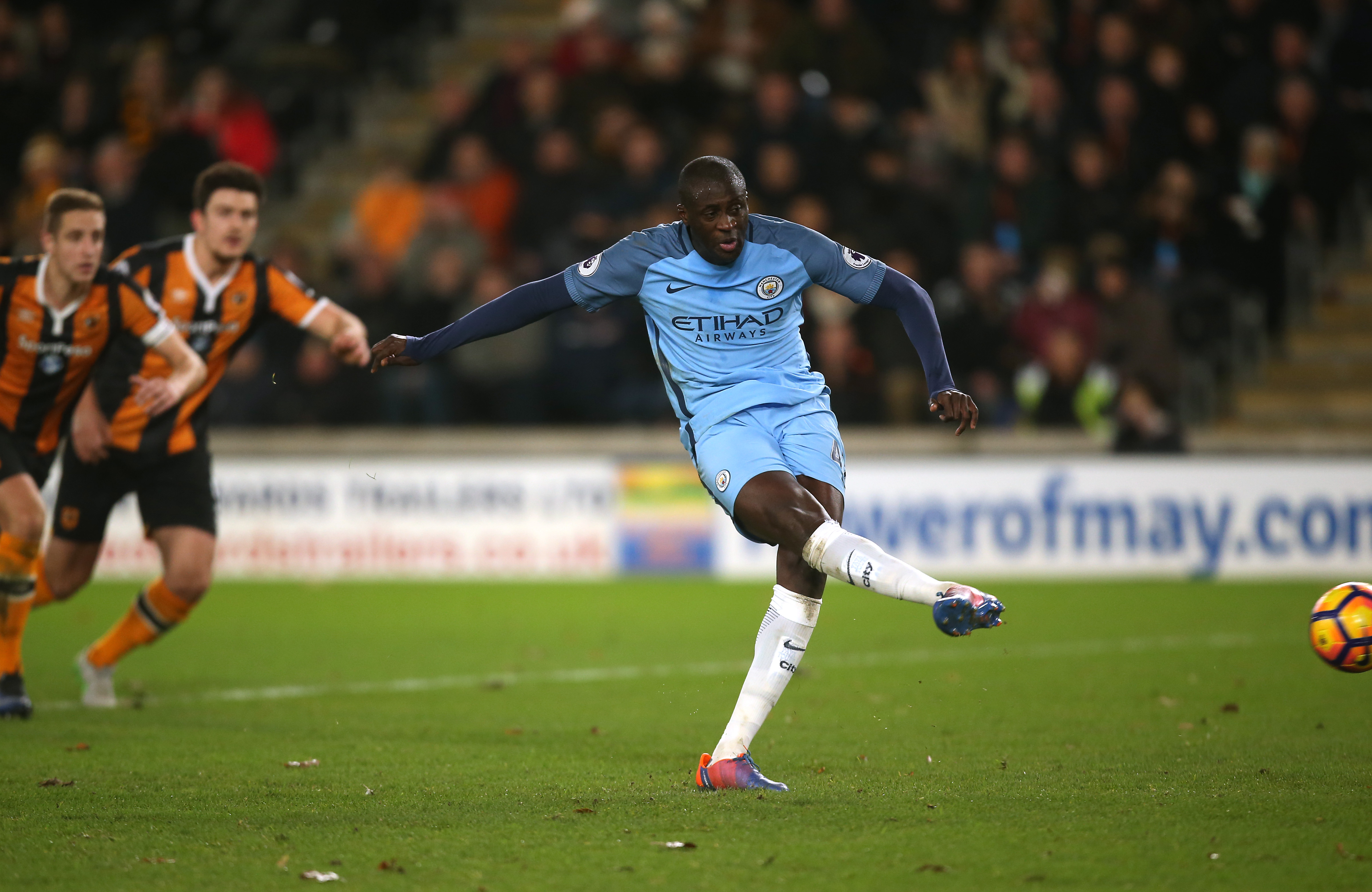 Yaya Toure was named Man of the Match by Sky Sports after his goal scoring performance in Manchester City’s 3-0 victory over Hull City at the KCOM stadium.

The four time African Footballer of the Year put Pep Guardiola’s men 1-0 from the penalty spot, before Kelechi Iheanacho and an own goal made it 3-0.

Yaya’s penalty maintains his 100% success rate from the spot in the Premier League, where he has scored 10 from 10.

After the game Sky Sports pundits Jamie Redknapp and Thierry Henry were full of praise for the Ivorian.

“His passing today was exceptional, he was the most influential player on the pitch. When they needed someone to grab the game by the scruff of the neck, that’s what he did”, said Redknapp.

“He is one of the best midfielders we’ve ever seen in this league. People like [Patrick] Vieira, and [Steven] Gerrard and [Frank] Lampard.”

“We saw a vintage in a certain way”, Henry added. “Maybe not with his usual runs that he used to make, but now, because Yaya is a clever player with a technical ability to play quickly, he can play football for a very long time. You have to be fit for that.

“One thing I liked about the game today was how many times he stopped a counter-attack. That means he was in the right place.”