Yaya Touré has today made a call for true equality in societies across the world.

“We want equality in society!! Join me, campaigners and sports people all over the world in promoting this message” 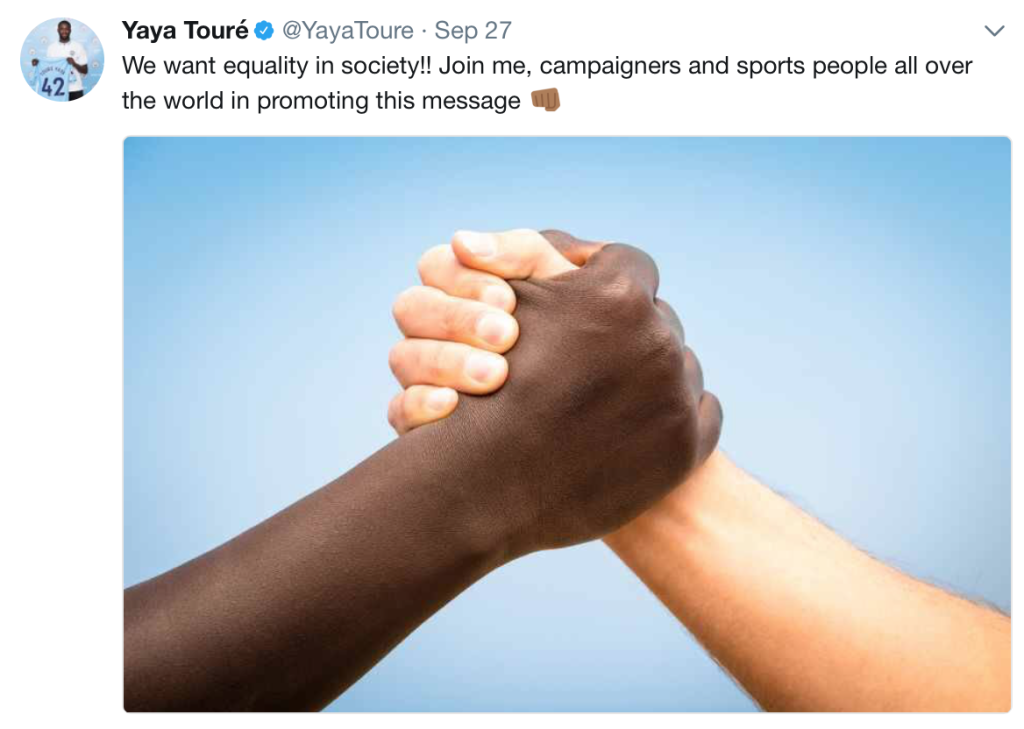 The four time African Footballers of the Year has long been a staunch anti-racism campaigner who has always been vocal in talking about addressing the problem. He has been an ambassador for anti-racism group FARE and also advised FIFA on how to fight the issue.

The FARE action weeks against racism and discrimination in football take place between the 5th – 19th October 2017.