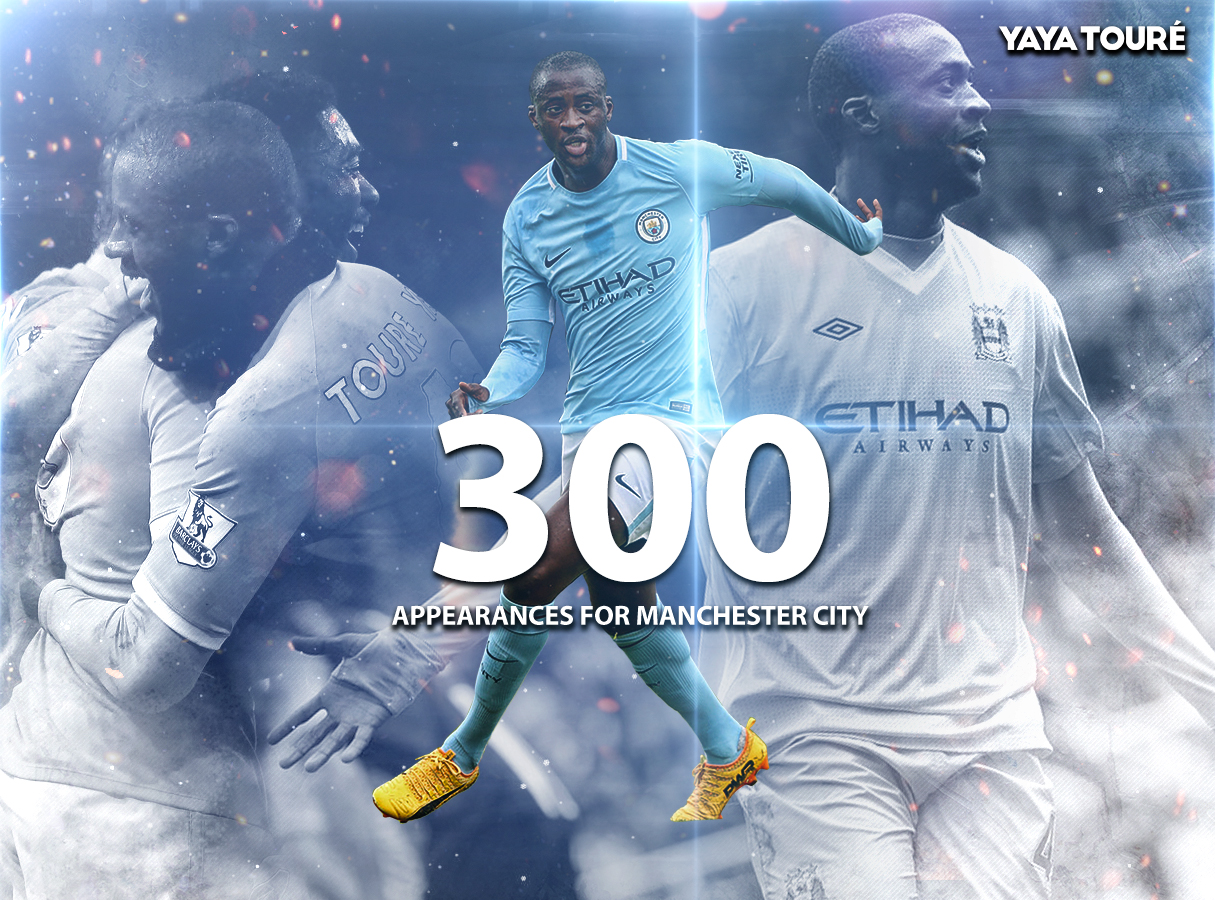 Yaya Touré has made his 300th appearance for Manchester City in the club’s League Cup victory over West Brom.

The 4 time African Player of the Year joined City in 2010 and has played a significant role in the club winning two Premier League titles, two League Cups and an FA Cup during his time in Manchester.

He has scored 82 goals in his 300 appearances across all competitions. In his 220 Premier League appearances, he has directly contributed to 92 goals (62 goals and 30 assists).

After the West Brom game the Ivorian – who captained the side on the night – posted on his Twitter and Facebook pages:

“300 games for this great club. Thank you to everyone that has supported me! #ComeOnCity”