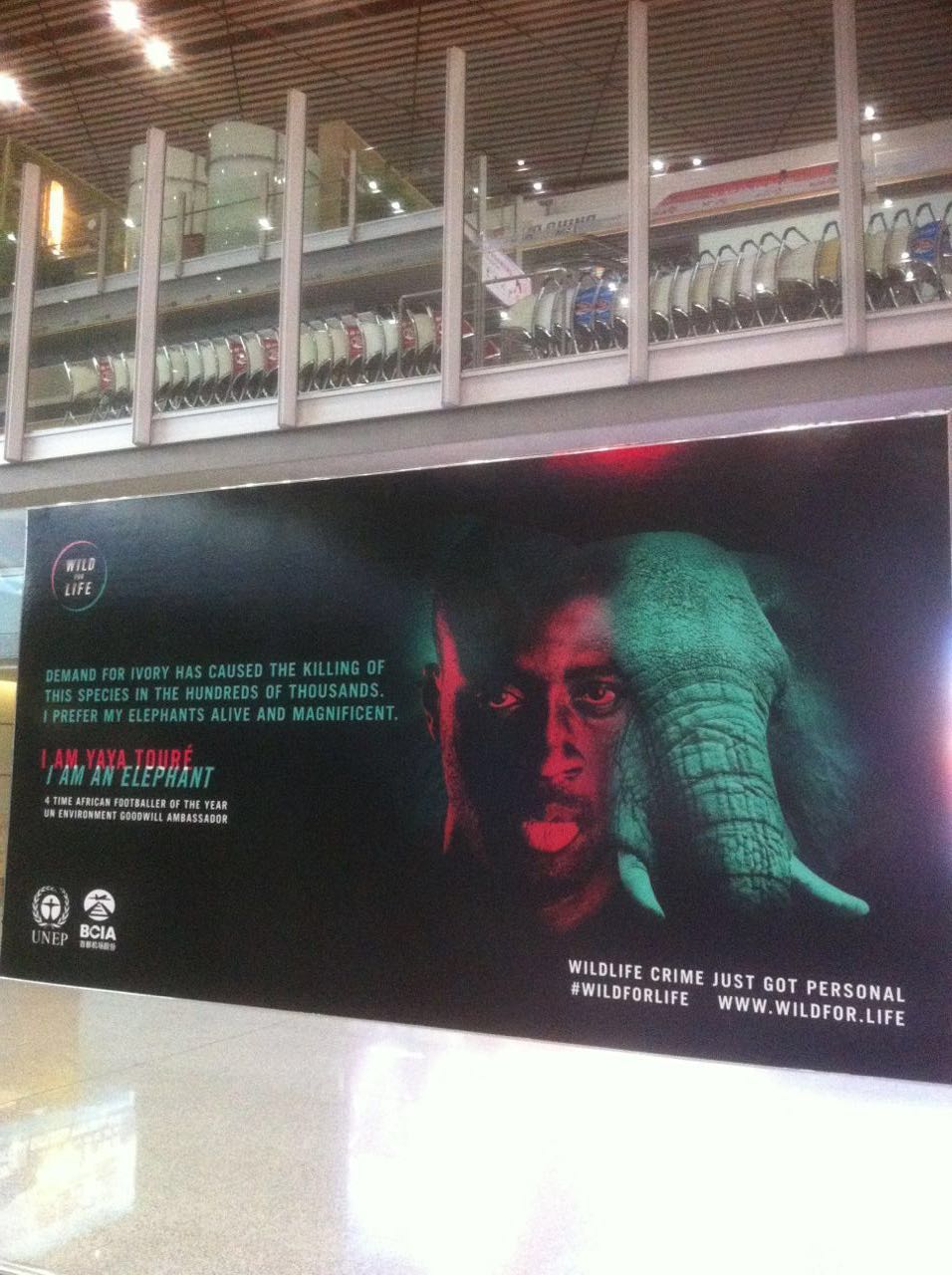 Four-time African footballer of the year Yaya Touré has put the boot into the illegal wildlife trade as a global campaign to conserve threatened species expanded to China.

Yaya, a Goodwill Ambassador for UN Environment, has been backing the United Nations campaign, which calls on the public to use their own sphere of influence to end the trade.

The illegal trade in wildlife is a global problem that threatens species great and small from elephants, rhinos and tigers to pangolins, sea turtles and rosewood.

“Wildlife crime is robbing many countries of their natural heritage, stealing the asset

s of local communities that could form the basis of thriving tourism industries,” he said. “It fuels corruption and corrodes government authority. Organised criminal syndicates are increasingly involved, spreading violence and insecurity.

“It must stop, and this is why I support the Wild For Life campaign to pull together all those working against this menace. I prefer my elephants alive, roaming free in a natural environment where they are valued and protected.”

Yaya is part of a global taskforce of celebrities and sportspeople, including supermodel Gisele Bündchen and fellow footballer Neymar Jr.

As Yaya showed his support, UN Environment chief Erik Solheim opened an exhibition, earlier this month, on Wild for Life at Beijing Capital International Airport, the second-busiest airport in the world. The campaign will run across the airport, including on hundreds of boarding screens.

“The illegal trade in wildlife is threatening precious species, robbing countries of their natural heritage and profiting criminals,” Mr. Solheim said. “You do not need to be a wildlife ranger or politician to do your part.

“Not buying illegal wildlife products, and taking part in the global movement that is Wild for Life, can also help ensure that the animals we love, and upon which communities depend, are here for centuries to come.”

Three rhinos are killed every day, and the Western Black Rhino has already gone extinct. Pangolins – scaly anteaters – are the most illegally trafficked mammal in the world. Great Apes are already locally extinct in several African nations.

Profits from the illegal wildlife trade sometimes go into the pockets of international criminal networks, threatening peace and security, and damaging the livelihoods of local communities who depend on tourism.

#WildforLife aims to mobilize millions of people to make commitments and take action to end the illegal trade. The campaign is run by UN Environment, the UN Development Programme, the UN Office on Drugs and Crime and the Convention on International Trade in Endangered Species of Wild Fauna and Flora.

Join the campaign by visiting www.wildfor.life and using the #Wildforlife hashtag on Twitter to share your kindred animal and pledge.