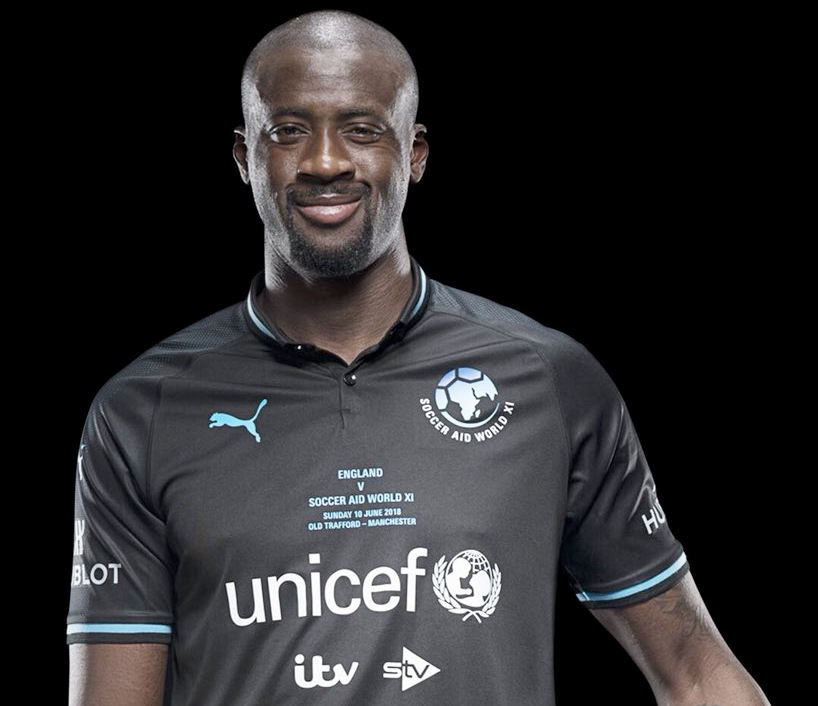 Yaya will be playing in the Soccer Aid charity match for Usain Bolt’s World XI at Old Trafford on the 10th June. They will be up against Robbie William’s England XI with competing teams made up of A-list stars and footballing legends to take part in a game like no other!

The four time African player of the year is delighted to be taking part and said, “I haven’t done too badly at Old Trafford over the years, so hopefully this match will be another victory. Both teams are looking strong, so it should be a great game. I know how much the people in this country love their football, which is why I know you will come and support us and UNICEF. Together we’ll put on a great show and help children around the world.”

The friendly match will take place at Old Trafford on Sunday 10th June, just four days before the FIFA World Cup in Russia begins. Tickets are on sale now and the game will be broadcast live on ITV. Kick-off scheduled for 20:00 BST.