We Must Stop Wildlife Crime 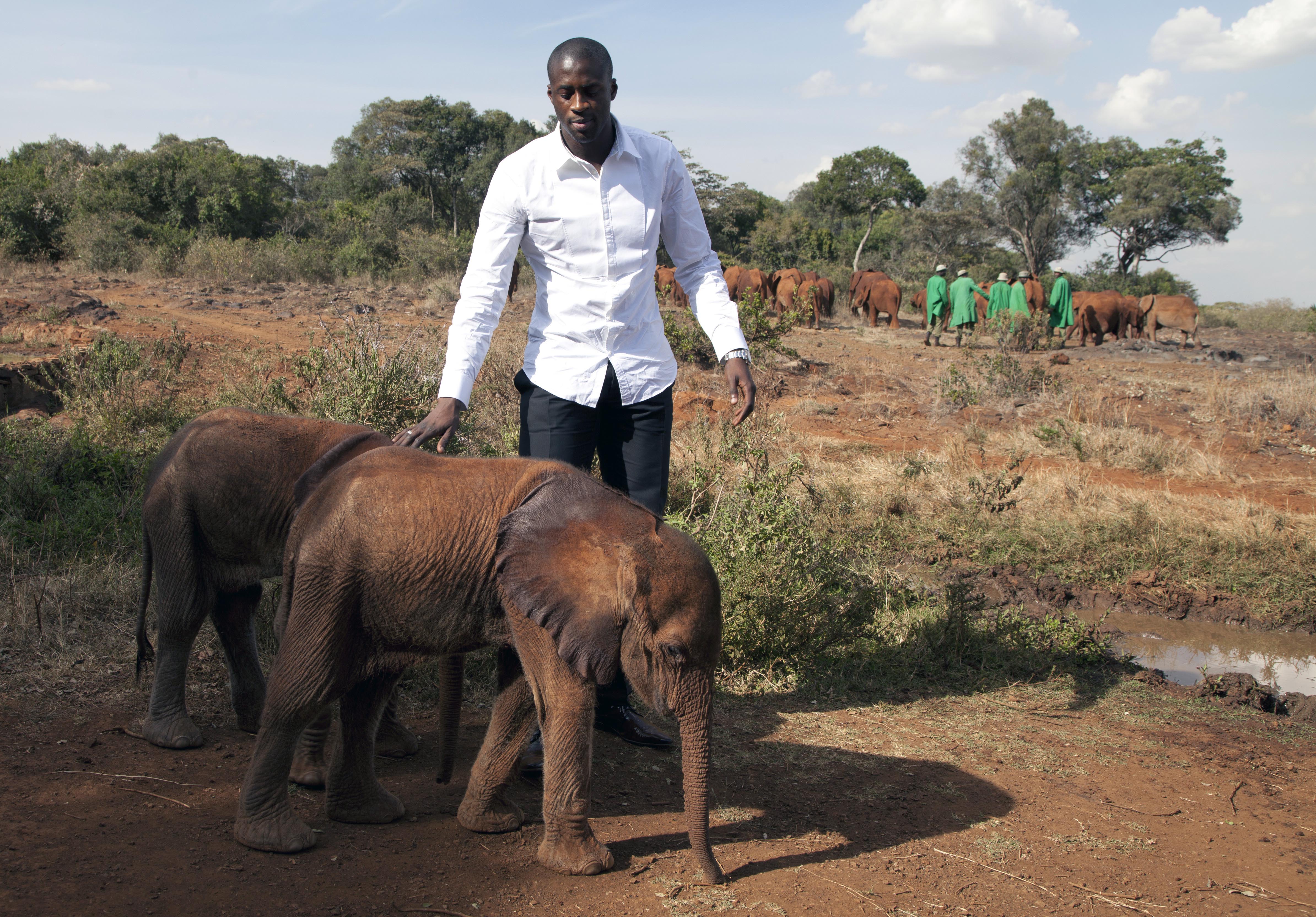 12 Aug We Must Stop Wildlife Crime

Some of my best moments for Manchester City have been goals scored at the end of lung-busting runs through central midfield. Once I’m into my stride, not many opponents can knock me off the ball.

The media have given me nicknames: “colossus” or “the human train.” But when I read it or am asked about it, my mind sometimes wanders to a real colossus of this Earth: the African elephant.

But the country’s name tells you straight away that this relationship has a dark side. It’s a leftover from the days of European merchants and adventurers, whose primary interest in that part of West Africa was its ability to supply massive quantities of precious ivory. Who knows how many elephants were slaughtered to supply it?

Five centuries later, ivory trading remains a lucrative international business. But we have only a few hundred elephants left in Côte d’Ivoire, and the picture for Africa as a whole is dismal. In 2010-2012, 100,000 of these wonderful animals were killed, one-fifth of the continent’s population. Poaching has caused the number of forest elephants – the main sub-species in Côte d’Ivoire – to plummet by two-thirds in the last decade.

I prefer my elephants alive, roaming free in a natural environment where they are valued and protected. That was a reason why, in 2013, I became a Goodwill Ambassador for the United Nations Environment Programme.

As you learn more about wildlife crime, you realize that it does far more damage that just endangering well-known and much loved species such as the elephant, rhino or tiger.

Firstly, thousands of other species are threatened, most of which you will never have heard of. They include pangolins, apes and sea turtles, all also found on the African continent , hornbills (birds), and rare orchids as well as tree species such as rosewood. Wildlife crime also encompasses illegal fishing, which occurs on a massive scale.

The value of this illicit business to criminal networks is immense: $15-20 billion annually, putting it in the same league as the trafficking of drugs, arms and humans.

What is more, wildlife crime is robbing many countries of their natural heritage, stealing the assets of local communities that could form the basis of thriving tourism businesses. It is fuelling corruption and corroding government authority. Organized criminal syndicates are increasingly involved, spreading violence and insecurity.

This must stop, and that is why I am supporting a new United Nations campaign to pull together all those working against this menace. It is not only about governments, international agencies, conservation groups and Interpol.

The “Wild for Life” campaign aims to build awareness of wildlife crime and embolden each and every one of us to take action. That can mean shopping carefully to avoid illegally sourced products; not keeping pets that have been illegally taken from the wild; and supporting conservation initiatives that press authorities to get serious against this illicit trade. The campaign needs every one of us to do what we can, in our own way, to counter the illegal trade in all its forms. No one should poach, buy, sell, traffic or turn a blind eye to these illegal products.

World Elephant Day is August 12. Why not make that day the start of a new “zero tolerance” approach to wildlife crime, and encourage all those close to you to do the same.

Together, our voice is loud can help make sure that all those images of elephants around the world – and on the jerseys of Côte d’Ivoire’s footballers – don’t become a symbol of humanity’s failure to take proper care of the planet.

You can get involved in the ‘Wild for Life’ campaign at www.wildfor.life

This article was first published in The Independent